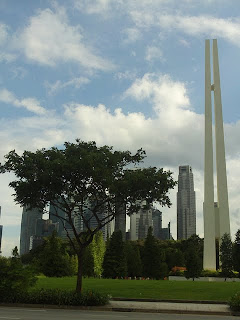 I see trees of green, red roses too,
I see them bloom for me and you,
And I think to myself, what a wonderful world.

I see skies of blue and clouds of white,
The bright blessed day, the dark sacred night,
And I think to myself, what a wonderful world.

The colours of the rainbow, so pretty in the sky,
Are also on the faces of people going by,
I see friends shaking hands saying how do you do,
They’re really saying I love you. 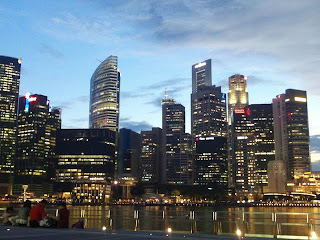 Just over seven months ago I picked up my bags off my nice comfortable bedroom in my family home in Norwich.  The house was warm but outside it was a typical wet Sunday in November.  My nerves were awkward.  Was I really about to do this?  Am I really going to be travelling around this world of ours?  It didn’t seem real.  I felt as though I was just going on a weekend away and would be back in a couple of days.  Now I’m sitting on Singapore’s Esplanade staring across the water at the city scape.  The day was quickly turning into night and lights over the city were flicking on creating bright reflections across the marina.  My heart was beating strangely and I breathed deeply with a variety of emotions running through my veins.  I did it.  I travelled overland from Estonia to Singapore.  An epic 24,000 kilometre journey which took me through the vast Siberian plain on the iconic Trans-Siberian Railway, taking a right onto the Trans-Mongolian line which was built by the Russians to create a trade route between Russia and China where I experienced the -40 degree Mongolian wilderness.  I finished my first stint of rail journeys in China where I sampled dog in weird and wonderful China as I made my way to survive many Vietnamese motorcycle journeys and agonising bus experiences through Cambodia and Laos.  I found relief in Thailand and went elephant trekking in the northern mountains of Thailand and marvelled at the marine life of Malaysia.

Over the last seven and a half months I have met so many people and seen some unbelievable things.  Now my mind is jumping into the future with more than an ounce of apprehension.  The road and rail have become my friends.  Although sometimes agonising, I have become addicted to the constant onward movement onto new places with new people, an addiction I can only relate to Stockholm Syndrome.  There’s nothing like the feeling of arriving in a completely new city not knowing who you will meet, what you will be doing and where the next destination will be.  People often ask me whether travelling alone is hard.  The short answer is no as you are never alone if you don’t want to be.  Admittedly there were a couple of times where I was ready to pack it in and go home but instead of dwelling on that depressive feeling, I picked my bags up and simply moved onto the next town.  I can count on my hands the amount of days I was completely alone.  Travelling alone truly gives you the freedom to explore the world.  I met and travelled with many wonderful people who I can now call friends. 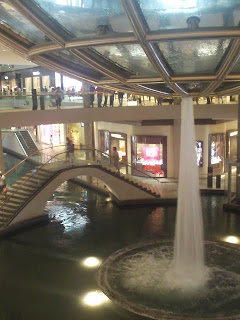 Memories flash through my mind and I feel my facial expression change as I laugh, smile and nostalgically frown as I remember those companions I had met, got to know well and bid farewell.  Such a torrent of memories sometimes becomes incomprehensible to distinguish without exceptional concentration as one memory leads onto another and another and another.  All my memories of the past seven months are valuable and will always comfort me in my most desperate moments.  Standing upon a snow capped mountain in the middle of the Terelj National Park in Outer Mongolia was where I felt most freedom.  Silence and miles of nothing spread out before me.  The road has literally come to an end at the southernmost point of the Eurasian land mass just 85 miles north of the equator.  There was nowhere else to go as I unfortunately had no money to continue through Indonesia so the day after tomorrow I will make my way to Singapore Airport where I will board an aircraft bound for Perth, Australia.

My thoughts turn to the future.  Following months of travelling through Asia, I was soon going to be thrust back into the Western world.  Apprehension flooded my mind with so many questions.  How will it feel?  Will I find a job before my money completely dries up?  There were no answers to these questions and I am sure I will find out soon enough.

What a wonderful world. 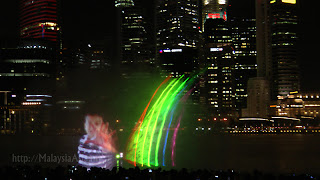 My sentiment and self-congratulatory mood subsides a little as darkness finally engulfs Singapore and the sound / light / fire show begins in the bay.  This is a magnificent show which is performed in an intriguing way.  Jets of water spray up into the air creating a fluid canvas for the projected film to appear.  Music blasts into life with an apt version of What a Wonderful World whilst the images depict a human’s life from birth to magnificence.  This nightly show certainly beats that of Hong Kong’s comparatively meaningless light and music show.  The rain began to fall shortly after the show finished and people took cover in the astounding Marina Sands complex which hosts a shopping centre, casino, theatre and hotel which stands prominently opposite Singapore’s central business district and become an iconic piece of architecture.  The shopping centre beneath is, as I can only compare, an indoor Venice complete with canals, bridges and waterfalls.

Singapore has come a long way since Sir Thomas Stamford Raffles landed on the sparsely populated island in 1819.  It now has 5 million inhabitants and has the fourth biggest economy in the world.  Singapore is an excellent city which provides a diverse cultural experience that no other country has.  The mixture of Chinese, Malay, Indian, English and other nationalities has surely placed strong influences in art, architecture and food.  Raffles certainly started something magnificent.  The highlight of the city for me is the stunning Esplanade Theatres on the Bay whose architect was influenced by the Durian fruit.  Inside it’s just as awesome and most of my time in Singapore was spent there enjoying the free concerts in the foyer out of the rain. 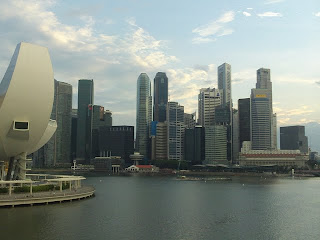 BEEP-BEEP-BEEP… BEEP-BEEP-BEEP…  The day had arrived.  At 7:10 this evening the pilot will push the throttles to full and the aircraft will leave the ground.  It feels strange knowing that this was my last day in Asia.  When I booked the flight back in Phuket, it seemed trivial as though it was never going to happen.  But reality was staring me directly in the eyes as the lady behind the reception at Footprints Hostel handed me my boarding passes she had just printed off for me.  There was nothing for it but to enjoy my last meal and grab the MTR to the airport.  I spent a couple of hours in the hostel foyer writing and watching some Big Bang Theory which I had only recently discovered thanks to Jay in Langkawi.

I stepped out of the hostel’s front door and as usual was hit by the humidity.  I have learnt it’s not worth complaining about the climate as it doesn’t change anything.  I embrace the humidity as my thoughts are focused on flying into the Australian winter.  I received an email from my Auntie Marilyn just yesterday telling me that the parcel I sent from Saigon had finally arrived.  This was good news as it’s all of my warm clothes which I will need.  It will be brilliant!  As the hostel is in Little India, I feel it’s only right to enjoy a freshly made curry from the local restaurant before I make my way to the airport. 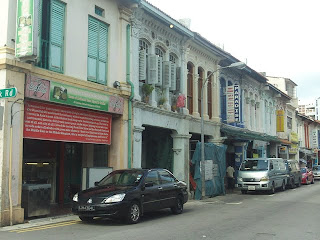 With the curry sitting heavy in my stomach and a tingling tongue from the spices, I grab my bag from the hostel reception and make the walk to the MTR station.  This will be my last open air walk until I reach Australia.  The metro system in Singapore is one of the best in the world; fast, efficient and clean.  I step onto the train with a smile.  The apprehension I was feeling has given way to excitement.  The first leg of Andy’s Epic Voyage is coming to a close and a whole new chapter is about to begin.
Posted by Andy Adam at 09:45